The first film in the world to be fully created with 3D pen.

Ties is a stop-motion animated film about growing up. There is a strong connection between parents and their child. The main character of the film is a young woman, who wants to see the world. However, her parents’ world is so strongly linked with hers, that by leaving she puts it in serious danger. It turns out that this connection can also be destructive. 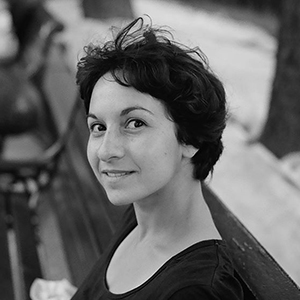 Dina Velikovskaya is an award-winning filmmaker specialized in stop-motion, member of Academy of Motion Picture Arts and Sciences. Raised in Moscow, she graduated from State Art School n. a. Memory of 1905 with a specialization in scenic design. In 2011 she graduated from Russian State University of Cinematography n. a. S. A. Gerasimov (VGIK). In 2015 she graduated from High Animation School-Studio “SHAR” in Moscow. During her studies and after she directed several short films that won a lot of awards all over the world. In 2018 Dina has directed the first film “Ties” in the world, fully made with 3D pen. She lives and works in Berlin. Dina Velikovskaya is known for her use of old classical handmade animation techniques and a very personal style of narration.